Some of the best bands had the shortest life spans. Never Again from Canterbury, Kent existed between Summer 2009 and Autumn 2010, two demo tapes, an EP, two split 7”s and several jaunts around Europe, easily the most popular Straight Edge UKHC band since xCanaanx. Around the time they announced they were breaking up there was some rumours about Edge breaking, but all the members have gone on to do other Straight Edge bands (vocalist Luke now plays bass in STAB and the rest are in Norse myth obsessed Holy Terrorists Wayfarer), so nyer. Before they broke up they released a discography LP on Holy Roar, who I have a love/hate relationship with, love because they let you download the songs from the records they sell on their website but hate because they also give the option of selling MP3s separate from the records and continue after the record is sold out. Personally I believe that if the physical record is out of print you should just give the music away for free. Being a record collector I just don’t understand the mentality of people who pay to download music, but I guess you could argue that money goes to support the artists, and at least they aren’t as cuntish as Thirty Days of Night who sell MP3s through iTunes and get blogs taken down for daring to put up download links to their releases, even if they are long out of print. Anyway, back to Never Again, there's one song that isn’t on their discography LP, the demo version of Enough Is Enough from the Repulsed tape, they re-recorded it on the Pressure 7” and that’s the one they went with. 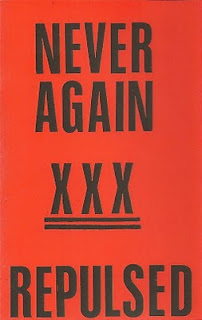 Self Destruct - All My Friends Are Dead 7"

Second and last 7" by the Leeds D.I.Y. Hardcore mob﻿ 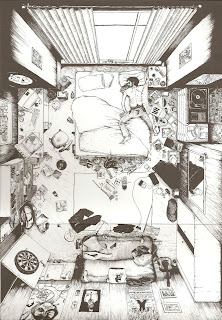 Email ThisBlogThis!Share to TwitterShare to FacebookShare to Pinterest
Labels: All My Friends Are Dead, Hardcore, Leeds, Self Destruct

You know that band﻿ Cthulhu Youth everyone's bumming right now, well this is the singers old Holy Terror band.  They used to noise/circuit bending stuff between songs when they played live.  I saw their first show at an all ages gig at Tap N Tin in Chatham, not the best place to debut an experimental Hardcore band in front of a bunch of sixteen-year-olds waiting for Hang The Bastard to play.  I only ever heard about them playing one other show at The 12 Bar in London, I'm not sure if they played many shows after that.  This was given away as a free download. 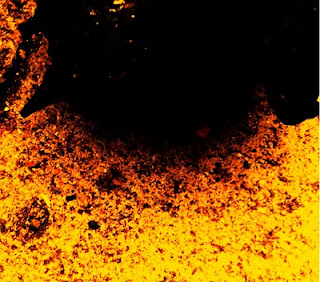 Thrashcore from Essex and London.  So London has LBU, Essex has EBD (Essex Beatdown), and like most of the LBU bands, the EBD bands suck, with the ﻿exception of Deathskulls, in fact it always baffled me that a scene with such a hard-on for beatdowns accepted a band that played so fast like Deathskulls. 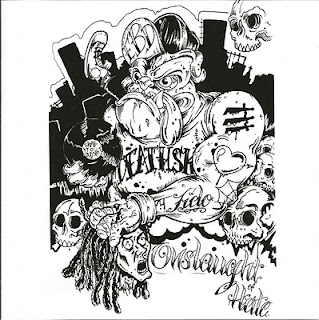 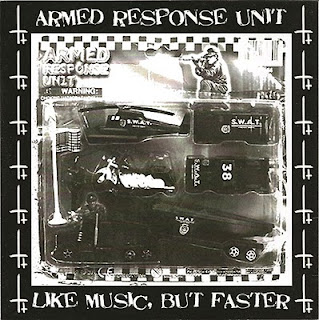 Pirate themed Hardcore from Liverpool featuring the vocals on Ian Leck of Voorhees and Sick-Fuckin-O.  Before they put out their LP on Dead & Gone they released four 7"s ﻿simultaneously on Thrashgig (run by Foxy from SSS).  Each 7" featured an original song and a cover of a classic Punk/Hardcore song (Night Stalker by Impact Unit, So Ends Our Night by Last Rights, Depression by Black Flag and a version of Nausea by X with swearier lyrics). All the 7"s came in gatefold sleeves and featured a different part of a story. 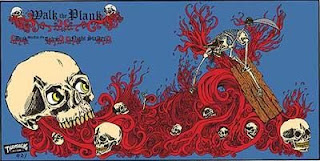 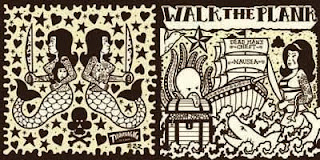 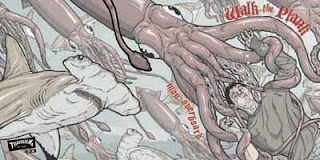 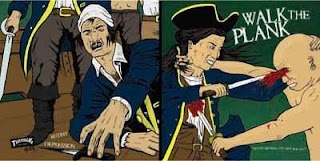 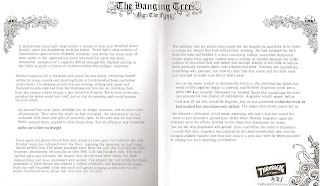 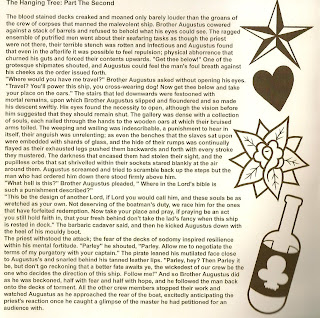 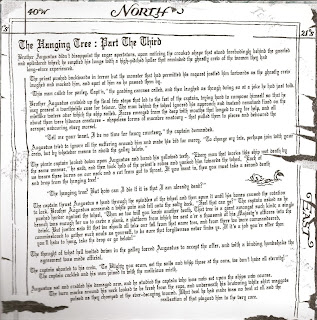 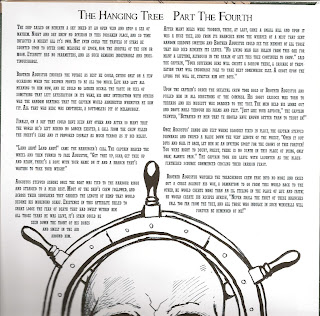 Thrash/Hardcore Crossover from Liverpool featuring members of Walk The Plank. 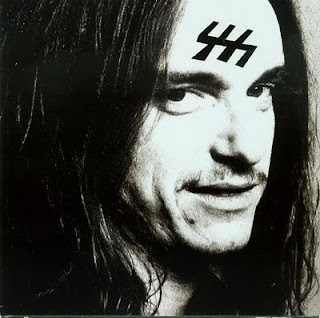 Charlie Chaplin, Sick Of It All Lou, get a grip, get a clue, no hope, boz eyes is betta, if Hitler was around, this is what he'd do, he'd THRASH!
7" also came with an A4 comic strip, click to read 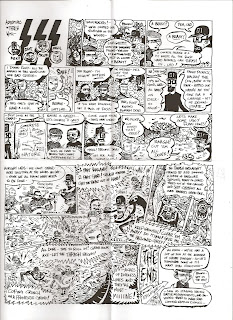 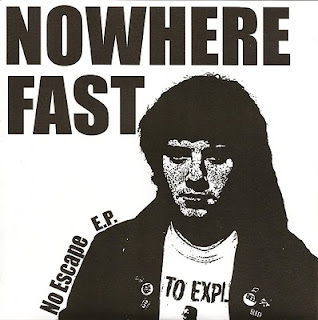 Fastcore from Guildford, the was their last 7" which was supposed to be a four way split but the other bands backed out, so they just released it as a one sided 7" limited to 220 copies. 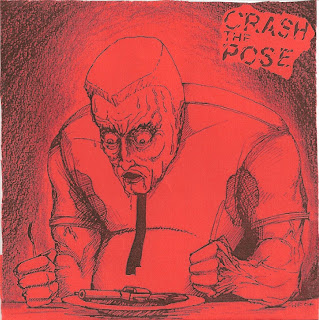 Email ThisBlogThis!Share to TwitterShare to FacebookShare to Pinterest
Labels: Crash The Pose, Guildford, Powerviolence, Self Titled

First 7" by the infamous Powerviolence band from ﻿Leicestershire. 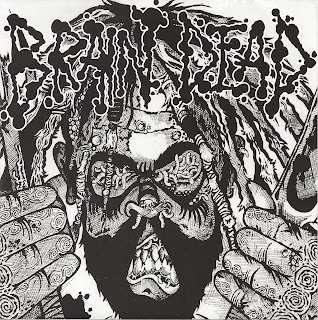 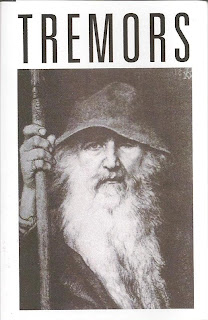 Powerviolence/Fastcore comp with ﻿Leicestershire's Brain Dead and Boston Not Boston's Patient Zero being all serious and Harrogate's Valhalla Pacifists and Surrey's Worker And Parasite bringing the lulz. 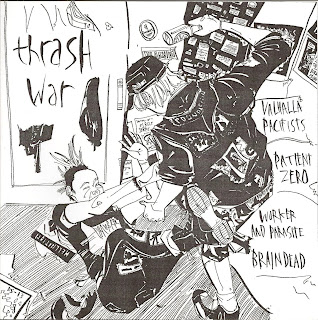 Deny Everything - Through With This 7"

No, not the German Melodic Hardcore band, this was a straight up fast Hardcore band to come out of London's LBU clique (which I'm told stands for London Black Up, Weed used to be a big thing in the London Hardcore scene, not that you'd think that now with all the London Straight Edge ﻿varsity jackets you see at shows these days).  This was their only release, they were also meant to to a split with Injury Time but IT never bothered to do their side so DE just put up their tracks for free download via their MySpace page. 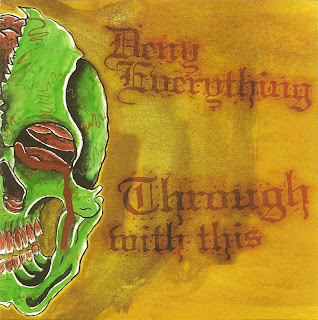 Email ThisBlogThis!Share to TwitterShare to FacebookShare to Pinterest
Labels: Deny Everything, Hardcore, London, Through With This

Armed Response Unit - No Point In Calling The Cops, They Ain't Coming 7" 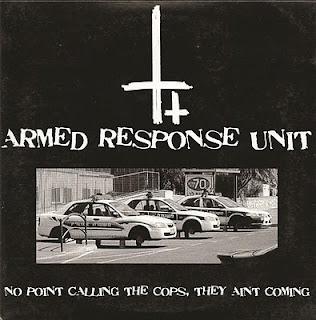 Email ThisBlogThis!Share to TwitterShare to FacebookShare to Pinterest
Labels: Armed Response Unit, Hardcore, London, No Point In Calling The Cops They Ain't Coming

Self Destruct - This Is Not Your World 7" 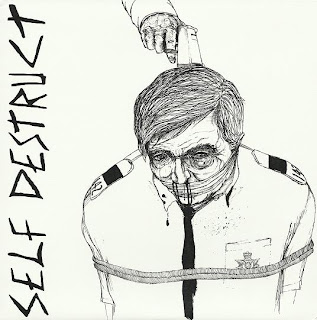 Email ThisBlogThis!Share to TwitterShare to FacebookShare to Pinterest
Labels: Hardcore, Leeds, Self Destruct, This Is Not Your World
Newer Posts Older Posts Home
Subscribe to: Posts (Atom)